A Brief Overview on the Israeli Design Practice

What is an industrial design?

A design is an ornamental element of an object. This is not legal language, rather a comprehensive description of the concept. One form of intellectual property is registered design.

Design registration laws are directed for protecting novelty and originality in industrial design.

The Israeli law regarding industrial designs has been changed recently, as Israel has joined the Hague Agreement for international registration of industrial designs. Accordingly, this webpage will be updated soon.

A “design” is not defined as something other than images, shape, example,or decoration that distinguish each object by a process or an industrial means,whether by manual labor, by machine, or by chemical action, alone or incombination, clearly visible in finished goods, and it is possible to detectthem with unaided eye, but the term does not include any method or basis ofconstruction or anything that is, in principle, just a mechanical device (Utilitypatent and Design registration Ordinance, paragraph 2).

If we try to summarize, a design, as defined in the law, is an ornamental element of an object, appeals to the eye; it is not defined by functional considerations per se, and is manufactured by an industrial process.

Judge Dr. Amiram Binyamini interpreted this with the following words:

“Paragraph 30(1) of the ordinance determines that it is possibleto record “Every new or original design that has not been previously publishedin Israel”. From this, the conditions needed to allow a design registration areas follows: a) it is new or original; b) it has not been previously publishedin Israel; c) it includes external styling that is determined in an industrialprocess; d) the external styling is obvious in the final product; e) it is nota product that is principally a mechanical device.” (partial court ruling from 26July 2009 in Tel Aviv, 1562/04)

Examples of objects that can be protected by design registrations:

Regarding buildings, the architectural plan is protected by copyright. However,it is possible to protect the external shapes of the building by means of adesign registration.

The subject of a design registration can be an object that bears the design or a set of objects that bear the design.

A set of objects is a group of objects similar in nature that aregenerally sold together or are intended for use together. Cutlery and chess pieces are examples of sets of objects. The design registration fees aresomewhat higher for a set of objects than the fees for a single object. 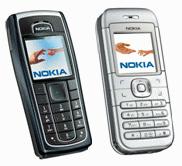 For the design elements in the cellular telephone hand-sets in the picture, it is possible to include the contours of the devices, the shape of the number keys, the shapes of the external buttons, the device colors, etc. Each of the elements that we described catches / draws the eye. Some more and some less.

This was expressed by the Supreme Court in the following manner:

“We find that if it is possible to achieve the useful objective by using a different design that is no less effective, then the useful objective that the design fills does not disqualify the design from registration. The point is that when there are also other designs that achieve the useful objective, it cannot be said that the design is dictated only by the function, and there is no overlap between the delineations of design registrations and utility patents, because another person can create his ownobject that performs the same function with the same effectiveness by changing the form without having the design registration stand in his way. (In the case of A.A. Sharnoa Ltd. And Seren Meuhadot Industries Ltd. N. Tnuva, Court decision 22(1)113) 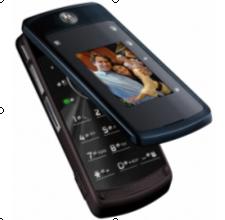 According to one approach, focus is only placed on parts in the noveltystatement for questions regarding the eligibility of the design to beregistered or in the design registration infringement check. According to adifferent approach, the entire design is examined, but emphasis is placed onthe novelty statement. In other words, from the perspective of designinfringement or novelty / originality, emphasis is placed on the elementindicated in the novelty statement, if there was such a statement.

Threshold conditions for registration of the design

(According to paragraph 30(1) of the Utility Patent and DesignRegistration Ordinance) The Supreme Court has interpreted these concepts as follows:

“The provisions of paragraph 30(1) deals with design registration. The provisions determine that novelty or originality are a condition for registration – novelty introduces a requirement that the design must show completely unknown form, shape, or decoration, and originality relates to the method of implementing known elements in a different manner from previously in the same area. (Civil Appeal 3406/96 Sella Concrete Company Ltd. vs.Ackerstein Industries Ltd. verdict)

"Which has not been previously published in Israel"

(According to paragraph 30(1) of the Utility Patent and Design RegistrationOrdinance) The term “previously published in Israel” as it is practically interpreted, means that the design was publically published in Israel, in other words, that the general public in Israel has / had access to the design (see, for example, the decision of the registrar to invalidate design 41669). Similarly, in a recent decision by the registrar, designs that have been published on the Internet are included in this definition, even if the web sites are outside the country.

Example: Since a design must be novel or original in Israel, we ask the question, “Can a person get a design registration in Israel for an object that was seen outside of the country, and it is novel or original in Israel?” The answer is negative since that same person is not the design owner and he did not create the design. In order to receive a design registration for the object, he would have had to acquire the rights from the owner of the design outside of the country.

The applicant must be the owner of the design

The design must be “noticeable to the eye”

“Noticeable to the eye” in the language of the law. The intentis that it is seen by the eye. For example, the appearance of a drink can isnot examined on its inside to determine whether to grant a registration, justits external appearance.

The design must appeal to the eye

In practical use of designs, “appeal to the eye” is analogous to an impression that is likely to influence the consumer. In this case, the consumer is the purchaser who decides whether to buy the product bearing the design and is likely to be influenced by the design.

The design is not dictated by functional considerations only

For example, the fact that it is possible to arrive at several different designs to achieve the same function, such that each design has a different appeal to the eye, attests to the fact that the function alone does not dictate the design.

An explanation of the term “industrial process” is presented below.

What is an industrial process?

According to this ordinance, an industrial process is defined in thefollowing cases:

Example: A man produced a piece of jewelry for his wife. Since he madeonly one piece of jewelry, it means that this is industrial production. Thereforethe design is protected by copyright law, not design law. Since works protectedby copyright law do not require registration by a governmental organization, forexample the design registrar, in fact, no action need be taken in order toassure ownership of the creation. Afterwards, since he liked the design, hesold the rights for the design to a company. Since the company intends tomanufacture hundreds of copies of the piece of jewelry, in other words, “industrialproduction” according to the law, design laws are relevant. The company shouldapply for a design registration before the design is displayed in public (inother words, before the design is published).

Paragraph 7 of the copyright law of 2007 determines:

The intent is that designs produced industrially or for which there is an intention to produce them industrially is not protected by copyright law. In other words, if a particular design meets the criteria for design registration, it is not eligible for protection by copyright. Therefore, the design owner should act to obtain design protection, otherwise he will be without protection,and the design’s copy will be permitted. The test in this case is the determination of an industrial process as defined in ordinance 72 of the design ordinance.

In other words, if a particular design that is intended for industrial production is not registered as a design, it is exposed to copy and copyright does not apply to it.

The visual test is a test to check similarity between two designs, and the vision is that of the consumer who purchases the object bearing the design.Such a test can be used to determine whether a design constitutes prior artregarding a second design, that is, whether a particular design infringes on aregistered design, etc. In his decision regarding the request to registerdesign 40567-40573, the registrar noted several points to implement in thevisual test, among them:

Comparison of the entire designs;

When looking for the significant differences, consideration should be given to the quality of the object, prior art in the field, and, naturally, thequantity of previously registered designs.

Differences between design registration and copyright

Copyright has “weak” protection because it protects only against replication. Despite that, the period of protection is the entire life of the creator plus an additional 70 years.

Design registration has an additional advantage. The design registration owner can prevent others from using similar designs. In comparison, for acreation protected by copyright, two different people can reach the samecreation, and both of them will be protected.

It is possible to renew design registrations retroactively after theirexpiration, on the condition that no more than 6 months has passed sinceexpiration.

There is no opposition process for the design registration. From themoment that it is accepted, it is possible to file a request to cancel it. Thereis no time limitation to request cancellation of a design.

The cost of cancelling a registered design

It is possible to cancel a registered design for any reason that could have negated its initial registration, for example, lack of novelty / originality,if it was previously published in Israel, that it is not registered in the nameof the true owners of the design, that the design is dictated by functionalconsiderations only, that it is not a form or decoration, that it is notnoticeable to the eye, etc.

The only treaty on the subject of designs to which Israel is a signatoryis the Paris Convention. Israel is not a signatory on any treaty for the common protection of designs.

According to the Paris Convention, to which Israel is a signatory, theapplicant has half a year to apply to other treaty signatory states, such that thedate for purposes of calculating novelty / originality of the design will be considered the date of the first application (priority date).

Disclaimer: The information on this web site is general and cannot take the place of professional advice given with full knowledge of the specific circumstances of each case following consideration of the relevant facts and laws. Furthermore, for the sake of clarity, some details have been omitted or partially specified.